Written by Graeme Keys
Updated over a week ago

Once a scenario layer has been created, the next thing to do is sort out some budgets.

The first thing you will notice, is that the cash flow cells in the new scenario contain the values from the base layer. The reason being, the scenario layer is on top of another budget scenario, so any budgets entered into the new scenario will 'stack' on top of the existing budgets.

If you click into a budget cell you will see the same modal. The only difference is that the budget section will be split into base scenario budgets and new scenario budgets. 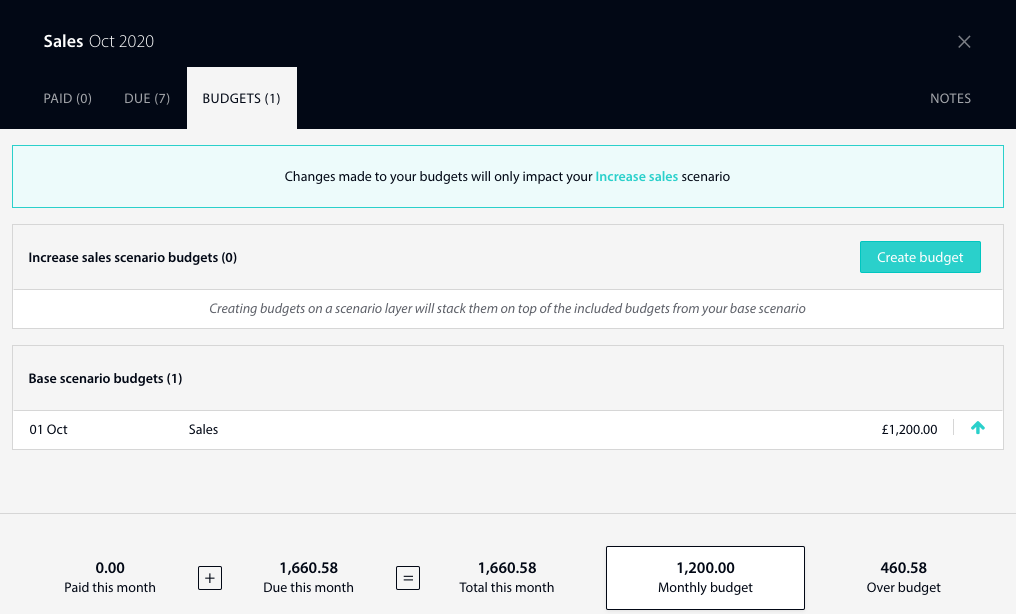 If you then create a new budget, this amount will add to the existing budgets. 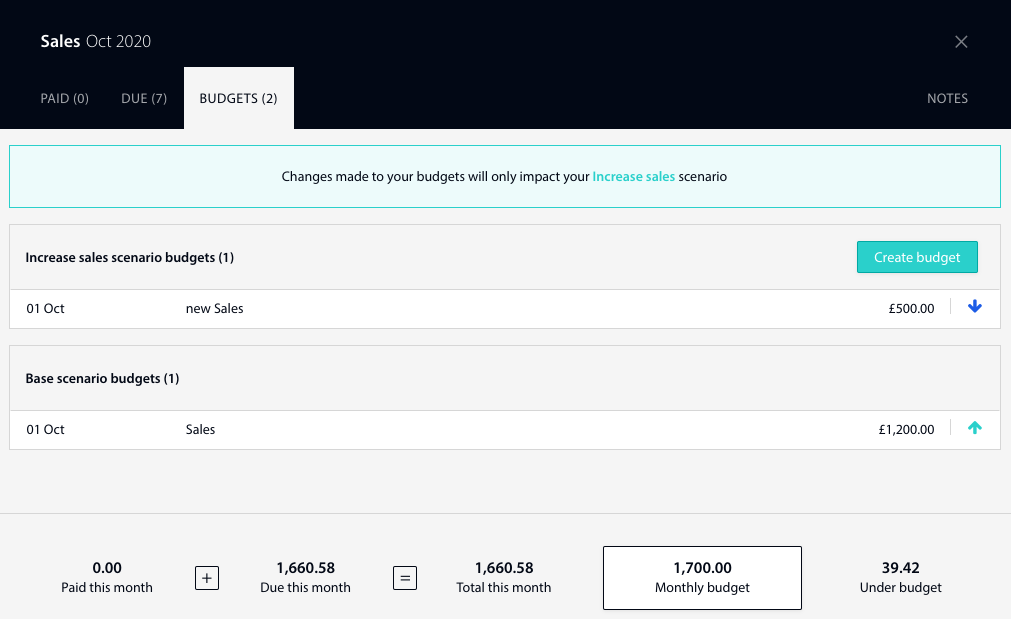 In the main cash flow table you would see the total of all the budgets, from both scenarios.

The cell will also be highlighted to reflect that this change relates to the scenario layer you are on.

When you update budgets in the scenario layer you will also notice that the graph adjusts to display two balance lines.

You'll see that one line reflects the balance of your original base while the other takes into account the changes made in the scenario layer. This allows you to easily see the impact of the changes you are making. 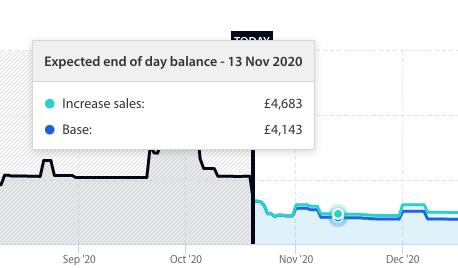 Should you wish to remove any of the base budgets from appearing in the layer, simply click into the budget and click the 'ignore' option. 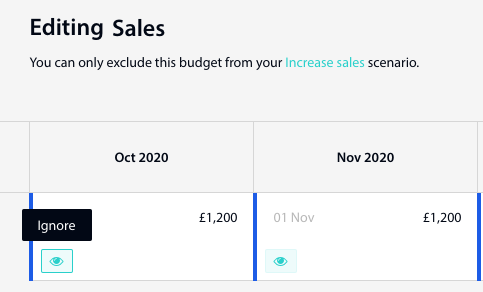 This will remove the base budget from the scenario layer but it will remain in base as normal.

You can also easily remove any budget entered into the scenario by clicking into the budget and selecting the trash can symbol shown in the bottom left corner. A budget can only be deleted from the scenario it was added to, i.e. a base budget could only be fully deleted when on the base scenario.

If you ever need to remove an entire scenario layer find out how here.

To find out how to move a scenario budget into the base click here.