Gamoteca games can be played on multiple platforms: in a desktop browser at play.gamoteca.com or by downloading the Gamoteca mobile app. The player experience is optimised for mobile devices, sp we recommend you to use the Gamoteca application.

Downloading the App
To Gamoteca mobile app is available for both Android and iOS, you can download them from the buttons below:

Get it on Google Play
Download on the App Store

Play in the browser

Tabs
Once you have downloaded the app, you will see two tabs: 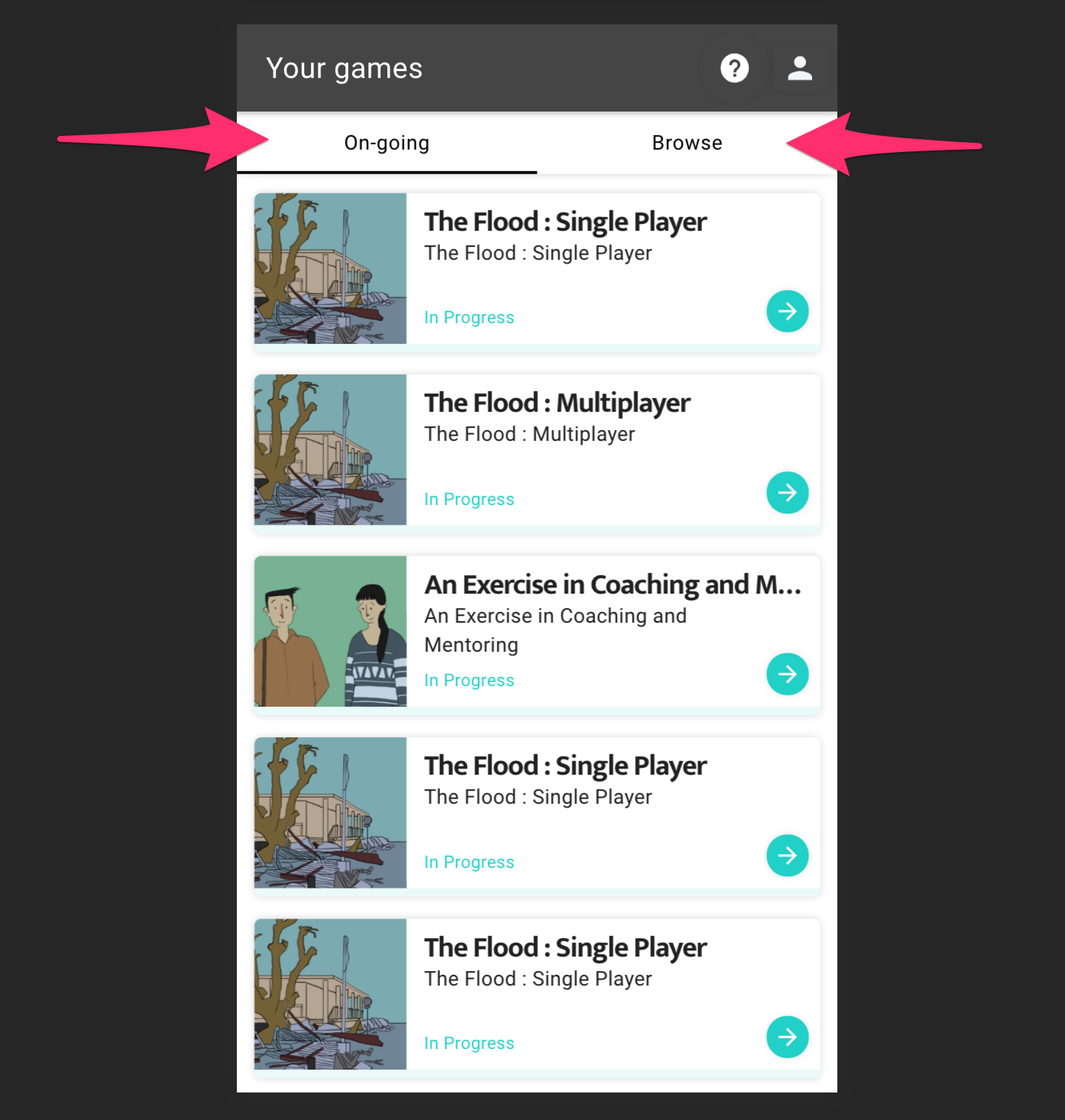 On the "Browse" tab, you will see both the games that you have published using the game creator and you will see a "Featured games" section which shows a curated list of games. 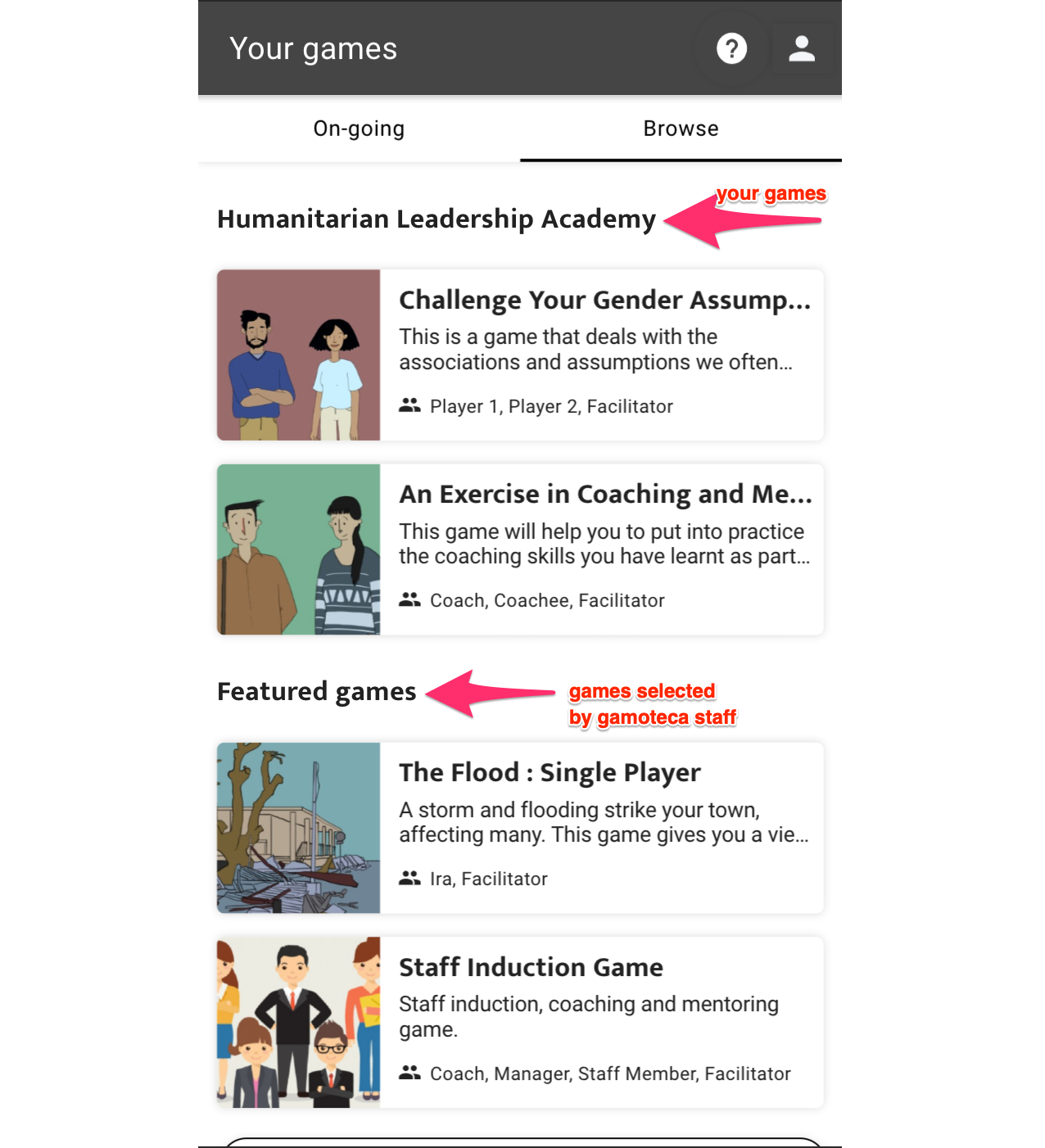 Joining Games
You can join games using one of the two options:

Join links for published games may have either been sent to you by email by the owner of a game (eg. a trainer or colleague of yours) or it may be available publicly on a learning portal like Kaya.

Here's how a join link looks like. You can click on the following link to join the game titled "The Flood" which is meant to train volunteers working in flood-struck areas: https://gamoteca.page.link/?link=https://play.gamoteca.com/playing/game/0K2iL6dkuIPrvfUEZBXA&apn=com.gamoteca.app&isi=1238297749&ibi=com.gamoteca.play

Once you click on this link, you will be redirected to the Gamoteca app. If you have opened the link on mobile, then the Gamoteca mobile app will open with the details of the game. The same view will open in your desktop browser, if you have opened the game link on a desktop computer. You will join the game once you press on the "Play game" button.

For single-player games, the game will start right away. For games which require more than one player you will be offered to select a role first and then you will be matched with one or more random players. 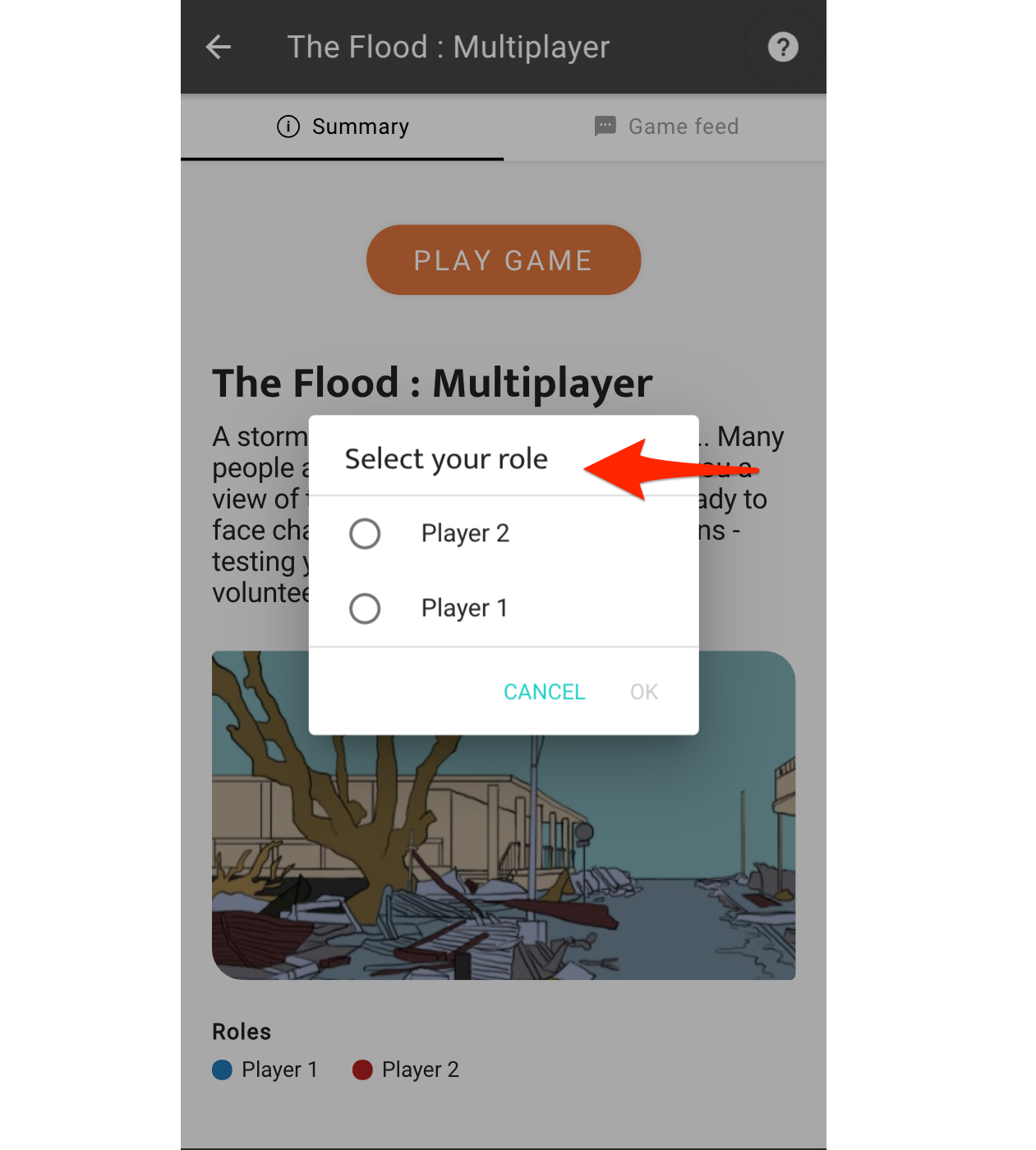 Gameplay
Once the game has started, you will be shown a list of screens that have to completed. Some screens show only some text, an image or a video, while in others players need to submit text feedback, or a photo or a video using the camera of their mobile or laptop. 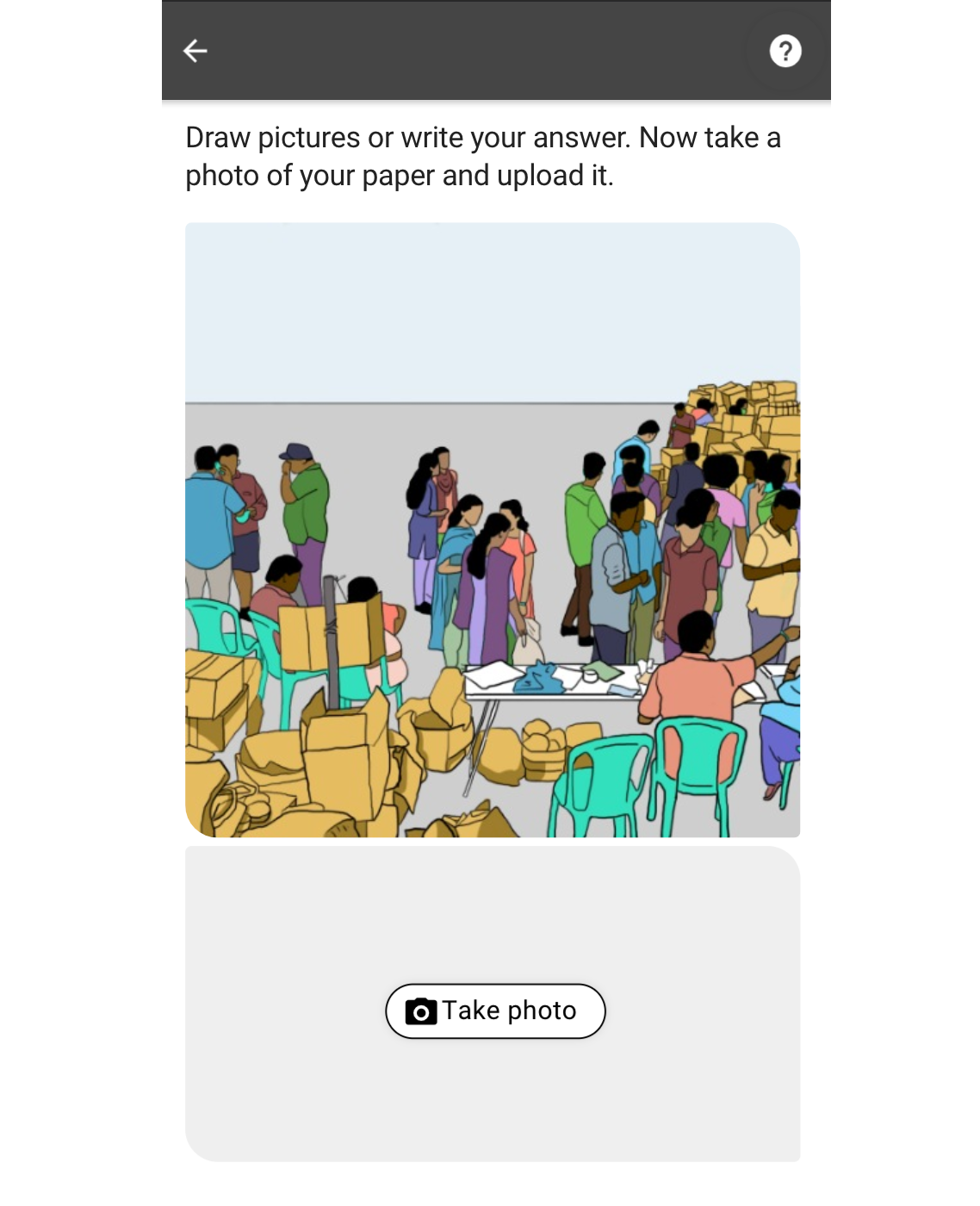