Unlock the true potential of your next release with a powerful tool exclusively available to Proton powered labels.

Written by Jason Wohlstadter
Updated over a week ago

Spotify (and Apple Music) are primarily designed for "normal" releases featuring a maximum of 3 "Headline Artists". On Spotify, these Headline Artists...

But when your release features more than 3 artists, your music is unfortunately buried: not all the tracks can be pitched to Spotify's curators, and your release gets dumped at the bottom of the artist's profile in the "Appears On..." section.

Streaming Singles can be pitched to Spotify's curators and get prominently featured on every artist's profile, unlocking the true potential of your big releases with more than 3 artists. The step-by-step guide below will help you get started! 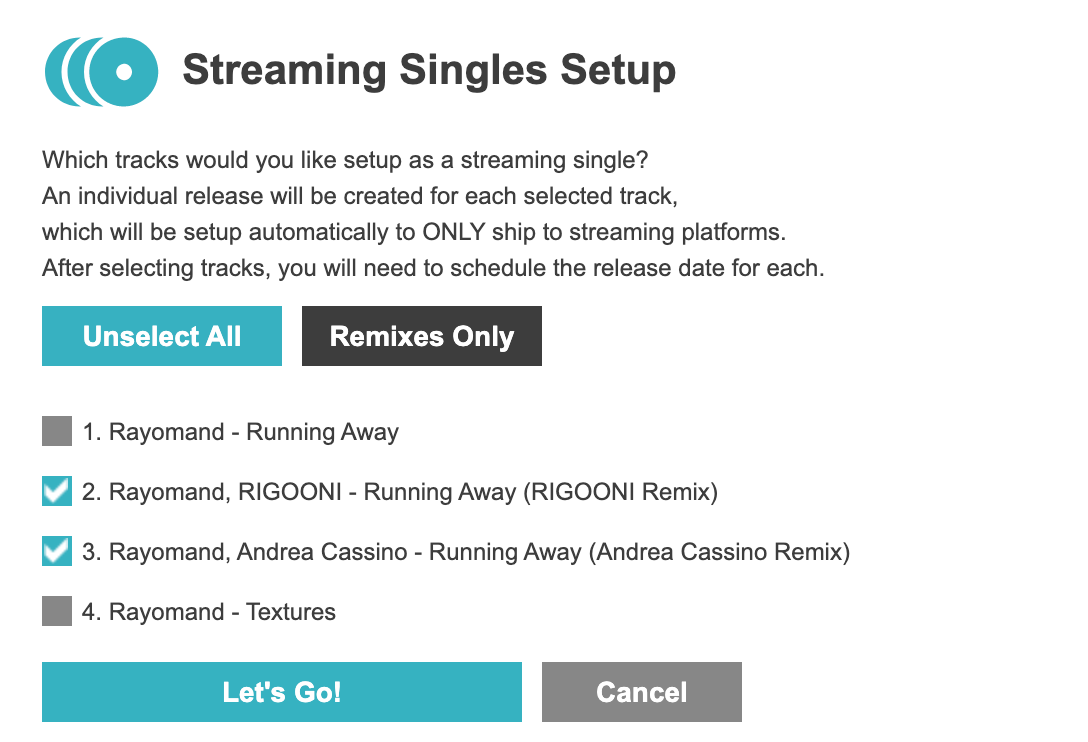 To make sure each single can be pitched to Spotify's curators, you MUST schedule the Streaming Singles ON or BEFORE the release date of the original release. Any track already released on Spotify cannot be pitched.