All Collections
Stellar's Key Features explained
Influencers module
Who are the lookalikes?

Who are the lookalikes?

How to use and refer to the "Lookalikes" section of an influencer's profile.

Written by Mahé
Updated over a week ago

The "Lookalikes" section appears in each influencer's profile. 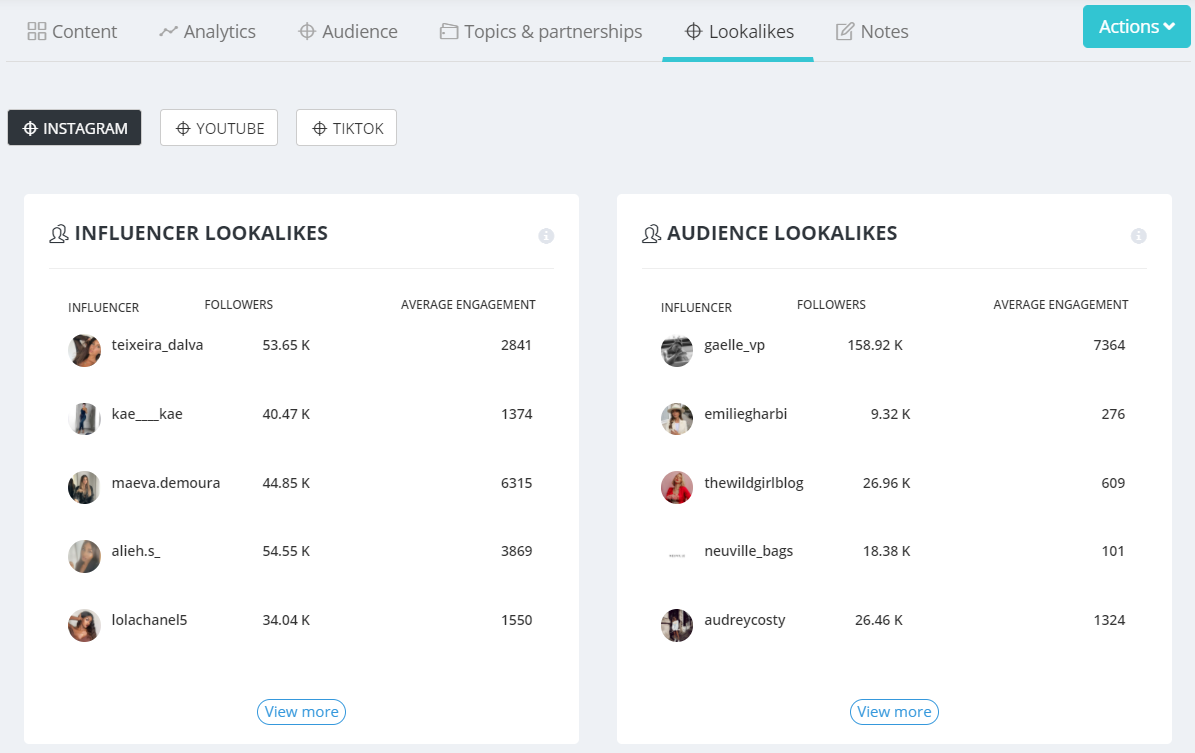 This feature is especially useful when you have found a good fit for one of your campaigns and want to find other influencers with a similar profile.
Similarly, it enables you to find new influencers to either target the same audience or, on the contrary, avoid selecting influencers that are too similar to diversify your target audience.