All Collections
QSEHRA: FAQ
QSEHRA 101
Why haven't I heard of HRAs like this before? Will it work with Obamacare or "Trumpcare"?

Why haven't I heard of HRAs like this before? Will it work with Obamacare or "Trumpcare"?

Written by Elyse
Updated over a week ago

The law was passed with bipartisan support and signed by President Obama before he left office. QSEHRAs are featured in most of the leading Republican replacement plans for Obamacare--in other words, it's currently the law of the land and we don't think it's going anywhere.

Here's how the new HRA law works for small businesses

The most important thing about the QSEHRA is that it allows business owners to reimburse employees tax-free for individual health insurance premiums and medical expenses. This is a big deal because small businesses can now get the same favorable tax treatment as big company group health plans but with a lot less hassle.

It also enables small businesses to adopt a strategy called "defined contribution" which is much simpler than hassling with a one-size-fits all group plan and is proven to be much more efficient, affordable, and predictable. Employers can now give their employees a fixed dollar amount each month, say $200, and each employee can then shop for the plan that fits his or her needs the best. Sally can choose a Blue Cross plan for her doctor, Roger can get Aetna to cover his prescription, and Betty can stay on her husband's plan. Gone are the days of comparing quotes from each insurance company or the headache of trying to get everyone what they want without breaking the budget!

Employees end up happier too. When you purchase a one-size-fits all group plan, it's like buying a suit in one size and forcing everyone to wear it. It'll work for some, but there will be a lot of waste.

"Small Group Plans are like forcing everyone to wear the same size suit."

Instead, by offering your employees a monthy tax-free reimbursement, they can get the coverage they want. Small Business Owners can typically pay less because their dollars are being optimized for each individual versus spread out over the whole. Think of "defined contribution" as an opportunity for your employees to tailor their own Armani Suit. They get exactly what they want and you don't have to pay for extra waste.

"Defined Contribution allows each employee to get exactly what they want, like a well tailored suit...often saving the business money too." 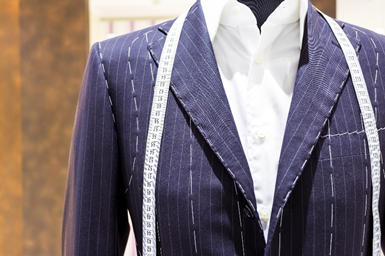