What happens to my accumulated unclaimed allowance at the end of the year?

What if I have a remaining unclaimed QSEHRA or ICHRA allowance at the end of the year?

Written by Elyse
Updated over a week ago

But what happens at the end of the calendar year, if you still have a remaining unclaimed allowance?

If you have a remaining unclaimed balance at the end of the year, you still have 90 days into a new year to use it up! All reimbursement claims must be submitted by March 31st following the year in which the expense was incurred, and you only have until March 31st to use up your prior year balance. After March 31st the balance will be forfeited, there is not a cash payout option. The claims must be for the prior year for the funds to be dispersed correctly.

For example, Sam has $300 unclaimed balance for 2019. He must submit a claim for service received in 2019 to use his unclaimed funds. Luckily, Sam went to the doctor mid-December, and when he receives his bill in January he is able to collect his remaining balance.

How do I know whether I have an unclaimed allowance from the previous year?

You can always check your prior year balance on the dashboard in your member portal: 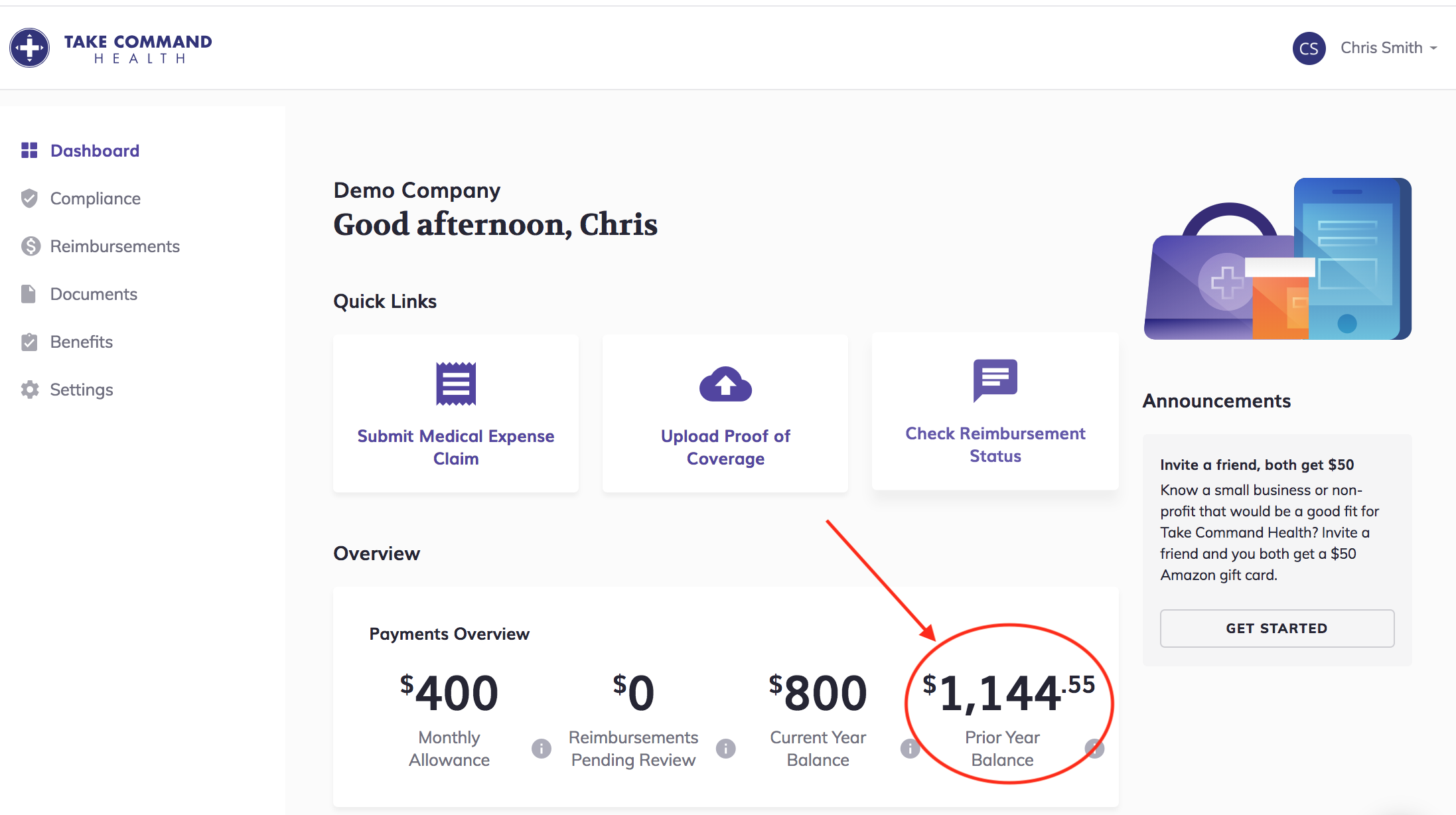 What happens if my claim from last year is higher than my remaining prior year unclaimed allowance?

That's ok! As long as you submit your claims from the prior year by March 31st of the current year, both prior year + current year allowances can be used to reimburse you for that claim.

If Sarah waits to file her claim, and submits it on April 1, 2021, the claim will be denied because the medical service was received in 2020 and she missed the deadline.