Battle of the Bands (TTRS)

Written by Sarah Parrish
Updated over a week ago

What is a Battle of the Bands?

A Battle of the Bands is a fun way to get groups of pupils competing against each other and are a great way to sustain pupils' enthusiasm for TTRS. You set the time for the Battle to start and finish and, during that period, the team with the highest average number of correct answers will be the winner.

Battles can be between:

Earning points in a battle

Creating a battle can be done in just a few clicks. Please:

At the end of a Battle, you can download certificates for the highest contributing pupils from each group. Please go to Tournaments > Battle of the Bands > Completed, then choose the correct Battle and press on the Certificates tab. 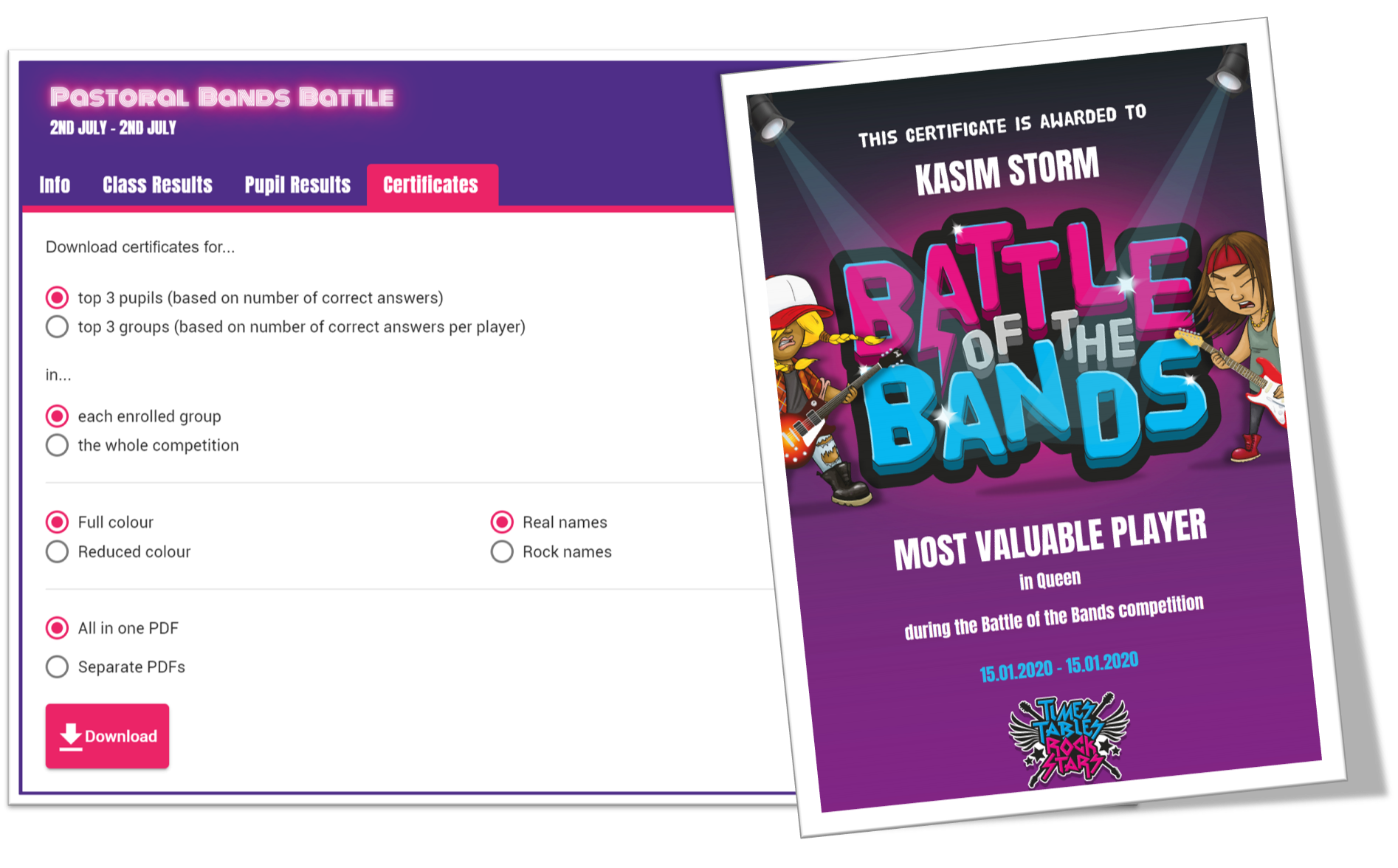 ⚠️Problem! Points are not being earned!

The likely cause is that the Battle is a boy vs girl competition and our system hasn't yet been told which pupils are boys and which are girls.

Once you have assigned them a gender then points will start coming in for the Battle.

You may also like to reward the winning class in some way, to motivate them to work even harder at practising their Times Tables. Visit our Reward Shop for some rock-inspired prize ideas for your class:

Visit Reward Shop
Did this answer your question?