How to set up a live in-school competition

Written by Sarah Parrish
Updated over a week ago

First of all, decide how you'd like the competition to run. This will depend on how many students you have competing. For example, if you had 12 children enter, you could have two quarter finals, each containing 6 students. The fastest 3 from each would go through to a semi final, and the top three from that go through to a grand final, like this: 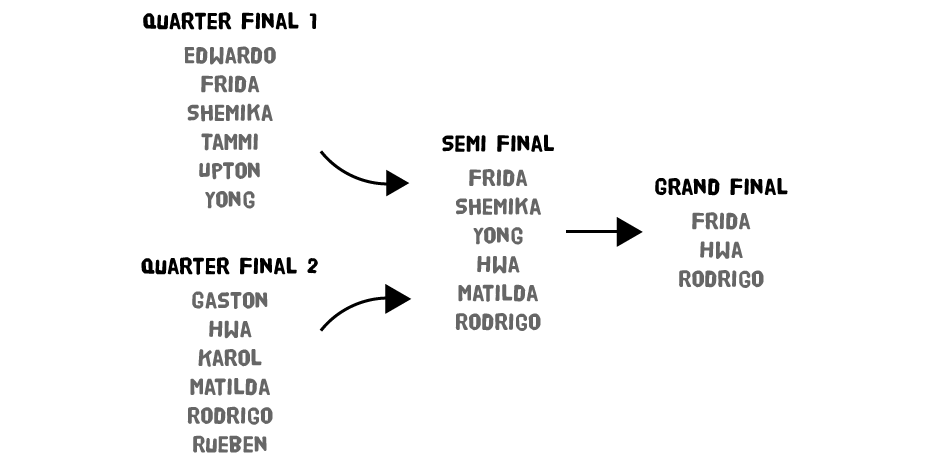 Once you know how many competitors you have, you need to place them in their own Pastoral Class together:

Once all the children are on the "Competition" Class' Arena page, ask them all to join the same game, by clicking on the same Arena. They'll be able to see their avatars joining the game:

So the rest of the school can follow the competition and cheer their classmates on, connect a teacher computer to the projector / interactive whiteboard and click the 'Spectate Mode' button on the Arena game the pupils have joined. As they answer, the audience will be able to see how each pupil is performing on the big screen.

At the end of a game, a leaderboard will appear, enabling you to work out who to progress to the next round. Repeat the process for each round until you've crowned your school's Ultimate Rock Hero!

Visit Reward Shop
Did this answer your question?