Written by Ted Schera
Updated over a week ago

One of our favorite things about Wipster is version control. Rather than having a variety of inconsistently titled versions floating around in different places, here they stack up one after the other, as neat as can be.

When your next version of a video, audio, or image is ready, head to your Media Library then to the folder of your project you want to update.

From here are there are two ways to upload a new version.

2. Import from Desktop or Upload from Cloud 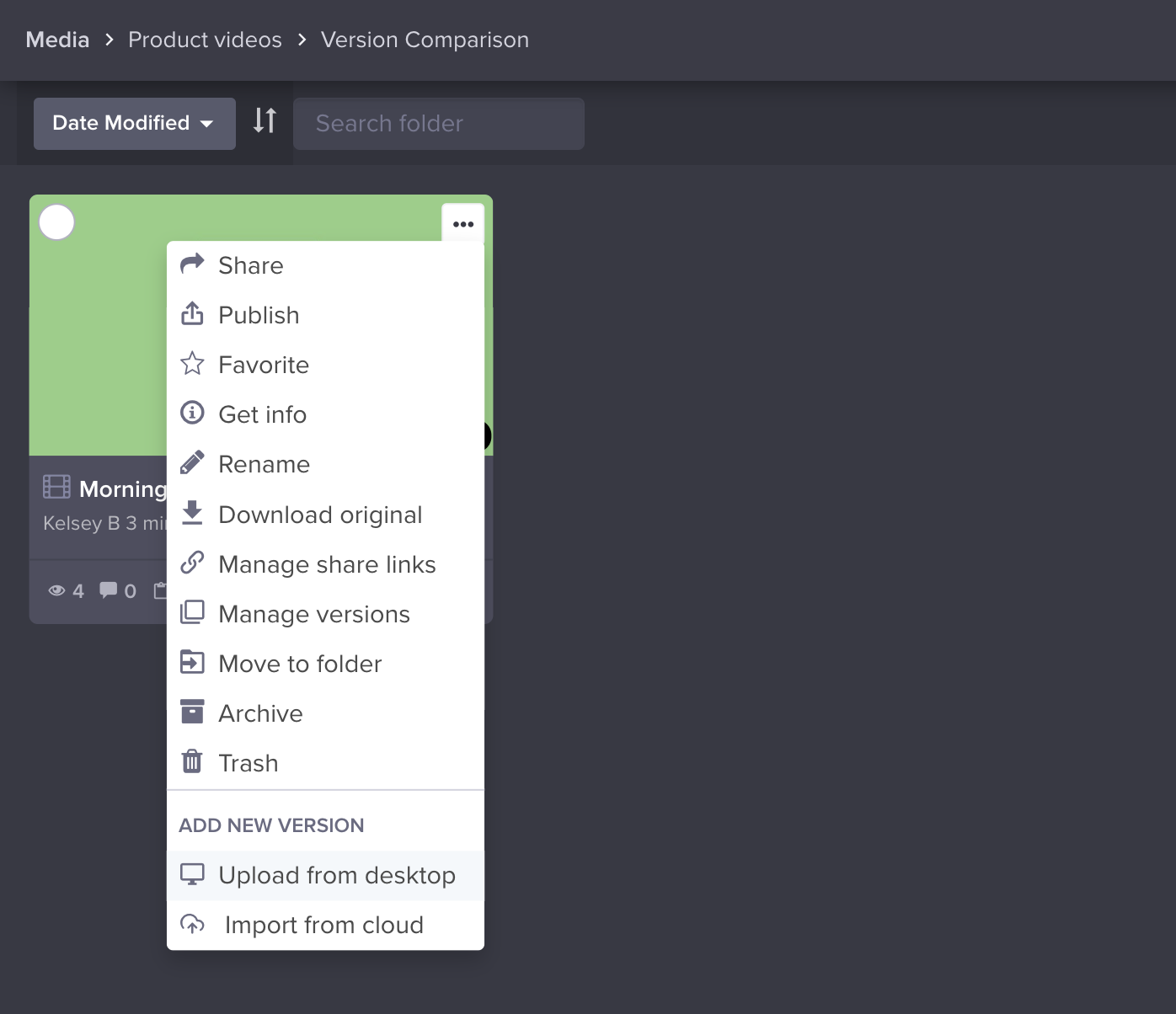 Reviewers won't get automatically added from the last version so next, invite the people you want share this version with.

You can also click on the "..." button from the thumbnail view and then select "Manage versions" to remove unwanted versions. 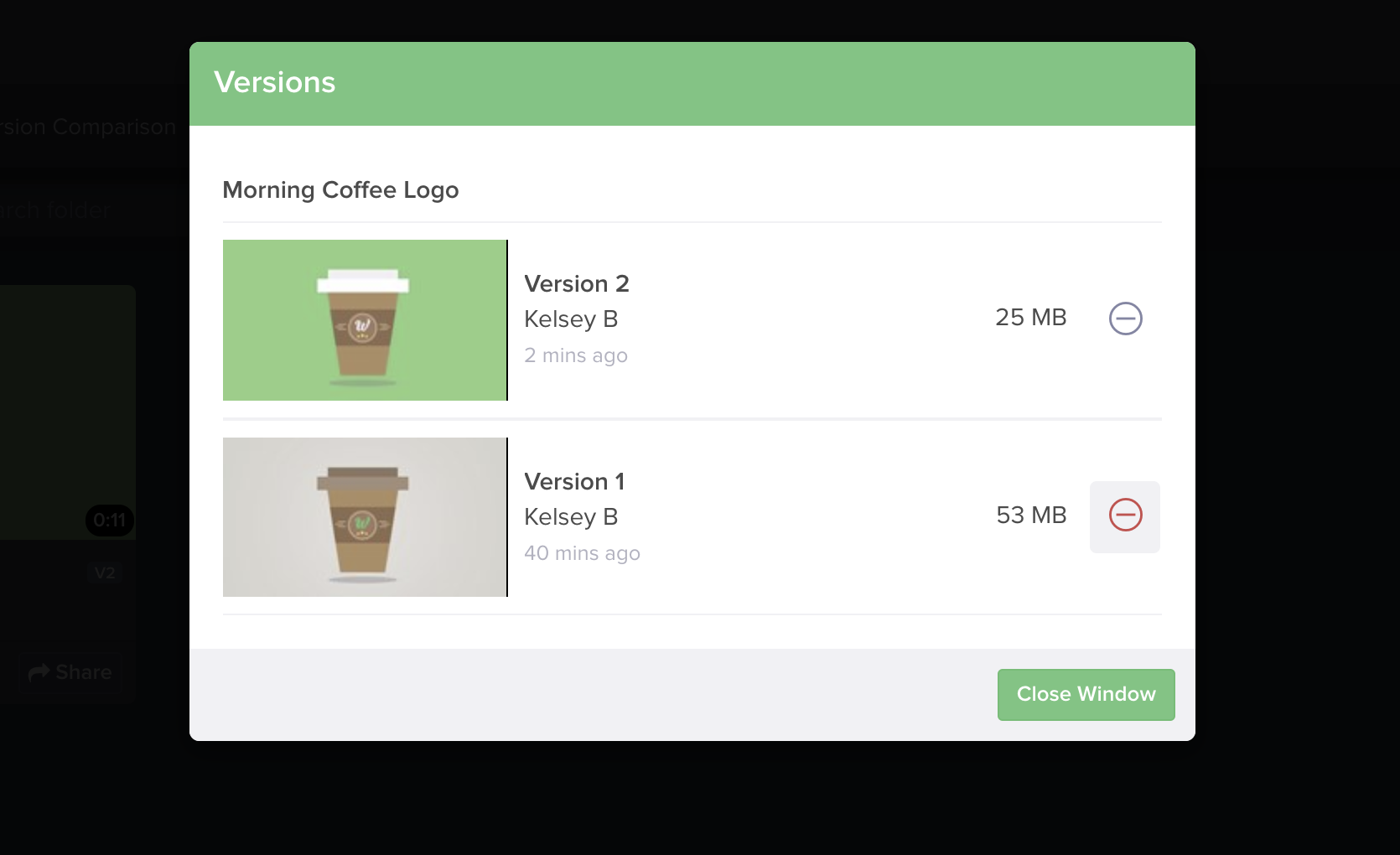 After you click on the video thumbnail to watch it, you can switch between the versions at any time using the drop down at the top and selecting the version you wish to see. 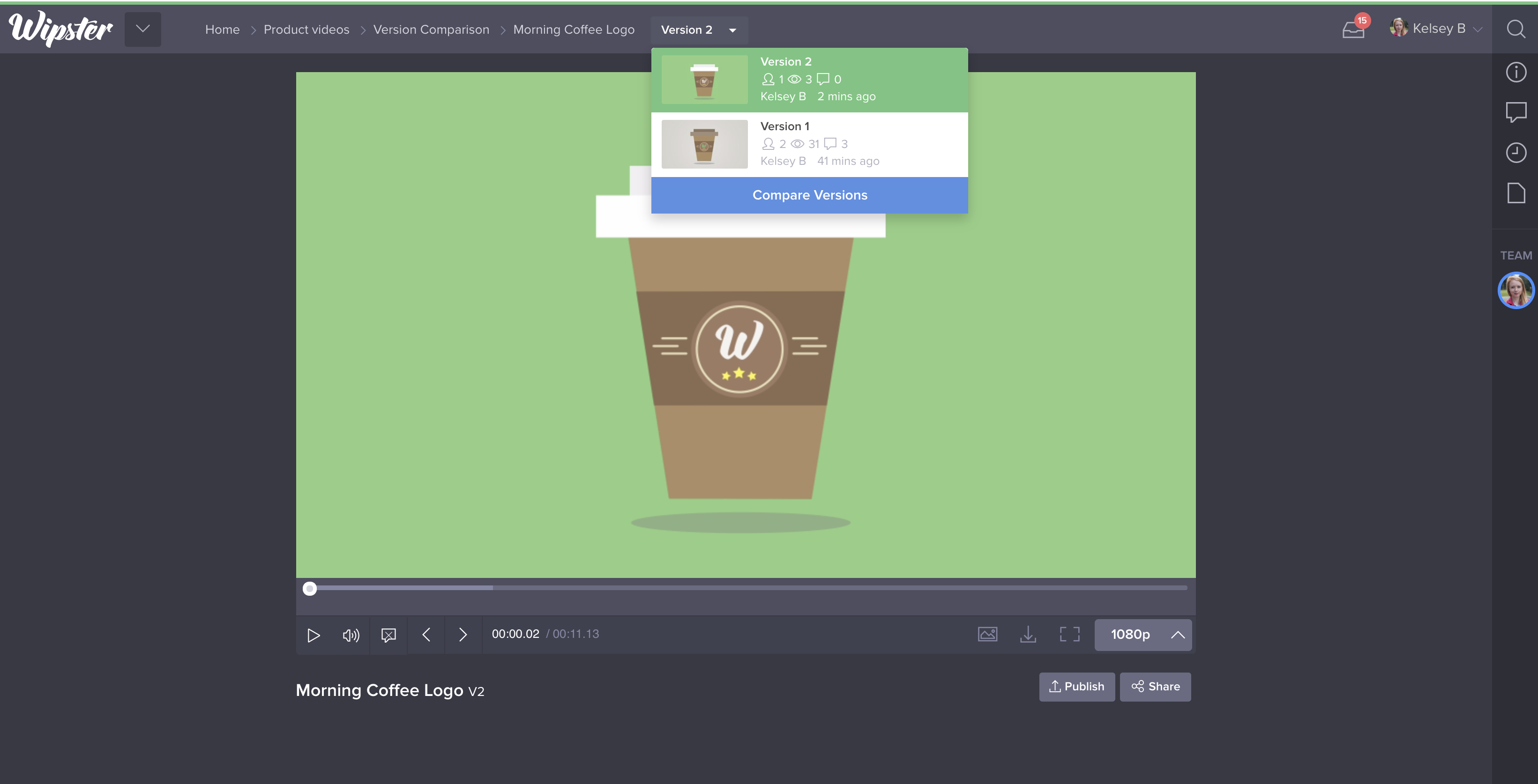 And so, the process begins again!

Note: If you have team members with access to the folder it is in, they won't be automatically notified of a new version. To send them a notification just add them via the share button for that version.

Video files can be compared by playing two versions side-by-side.

When viewing a video asset with multiple versions, click the version dropdown and click 'Compare Versions' as shown below. 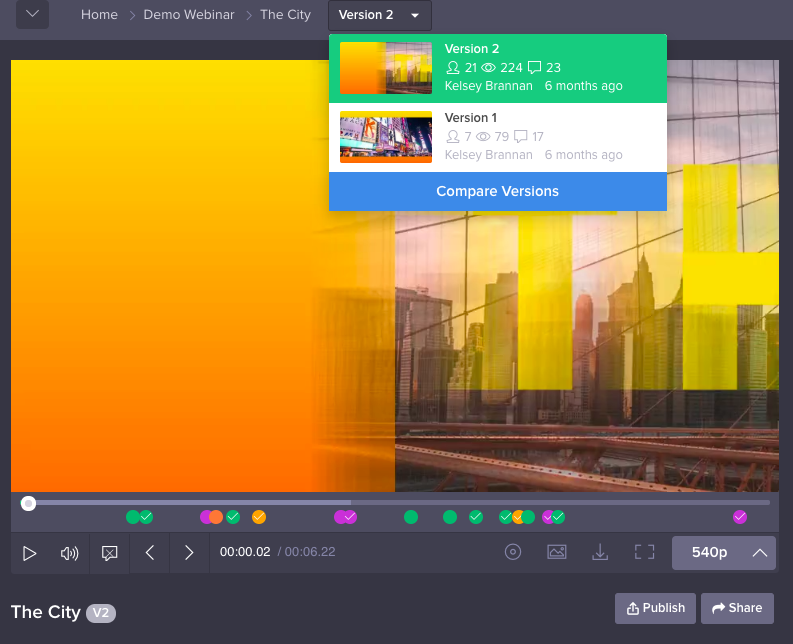 Choose which version will have sound and click play to compare versions.

Click the version dropdown to select a different version to compare.