Written by Ted Schera
Updated over a week ago

Our paid plans include private internal commenting. If a comment is marked 'team-only' only authenticated members of your team will be able to view it. It's a great way to have a behind the scenes conversation, discuss feedback and assign tasks all in the same place that the general feedback is happening.

Invited reviewers who are not part of your team will not be able to see these comments. This article explains the differences between team members and reviewers. We recommend having a clear understanding of the distinction between these two types of users when using this feature.

Note: Once a comment is marked as team-only it cannot be changed to public view.

Every new comment you write as a team member gives you the option to mark as either 'public' or 'team-only'. On desktop this is controlled by a switch below the comment. On mobile the switch appears above the pop-up when you make a comment.

New comments will always default to public, but simply hit the 'team-only' button to change it. This won't commit your comment, but you'll immediately notice a color change to show that its state has changed.

Once you have committed the comment you'll see a badge in the top right marking it as team-only. You'll notice a slight variation in the color of the comment itself.

For your team members, these comments will appear everywhere comments normally appear, and will always be marked as such. This means on the review page, in the to-do list, in Focus mode, in email notifications, in the Wipster Review Panel and on mobile.

You can make team-only replies to public comments, but you can't make public replies to team-only comments. We go into more detail on the intricacies of this in this article.

Who can see them 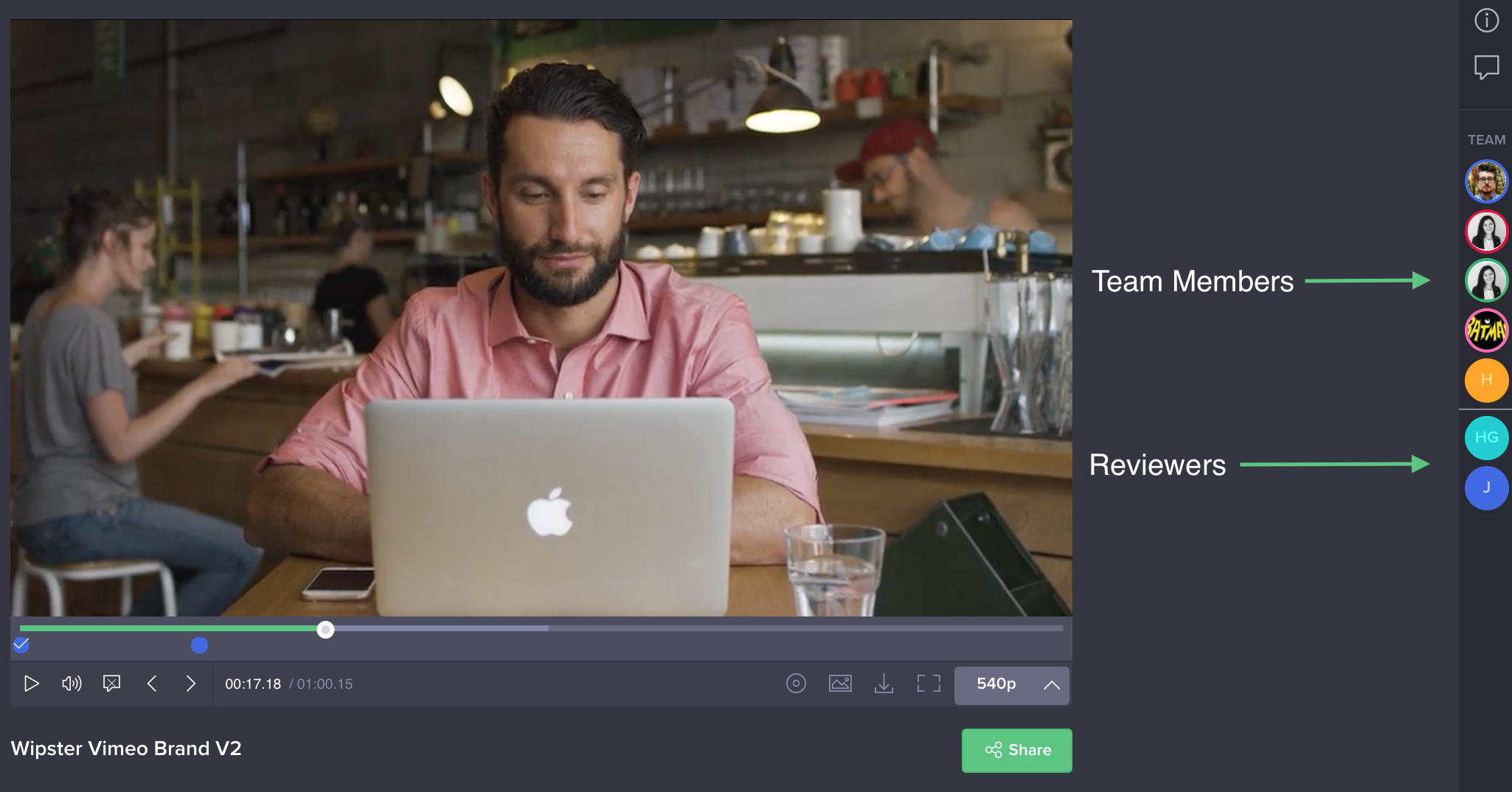 Anyone who is an authenticated member of your team will be able to see team-only comments. They do not have to be specifically invited to that particular video or image to have access. For team admins and owners, the best way to check who could potentially see these comments is to check the team members tab in your account settings. Anyone listed here potentially has access.

Inversely, anyone who is only invited to a video or image as a reviewer will not be able to see Team Only comments. When these people are present on a review they a separated from team members by a line on the right side of the review page.

As always, we recommend caution when committing sensitive content.