All Collections
Using Claap
Collaborating on a claap
Viewability status

Understand who watched your claaps

Written by Angela Guedes
Updated over a week ago

Claap allows you to see which teammates viewed or didn’t view a given claap yet. A user has viewed a claap when they saw at least 10 seconds. More granular metrics will be added later in Claap.

There are two ways to see this viewer status.

When you open a specific claap, you see in the top bar the users that have viewed the claap and those that didn’t. A pink circle around the avatar indicates that the user has viewed the claap. If you hover over the avatar, you also see when they viewed it.

Members are ordered according to the following:

💡 Claap sends notifications when anonymous visitors view a claap, but there is no analytics on claap views in the product yet.

To see the viewability status of all members, click on any avatar. An overlay is displayed, listing all members and their status.

💡 Viewability is recorded at the claap level, not at topic level. If you move a claap from one topic to another, the viewability status and timestamp remain the same.

On the workspace topic page

Another option to see the viewer status of each member of a given claap is from the topic page. Next to each claap, on the right side, you find a viewability counter (double-checks icon). The counter sums up the users who have access to the claap and saw it, except the claap recorder.

When you click on this icon, the viewability popin is displayed, following the same rules as explained in the previous section. 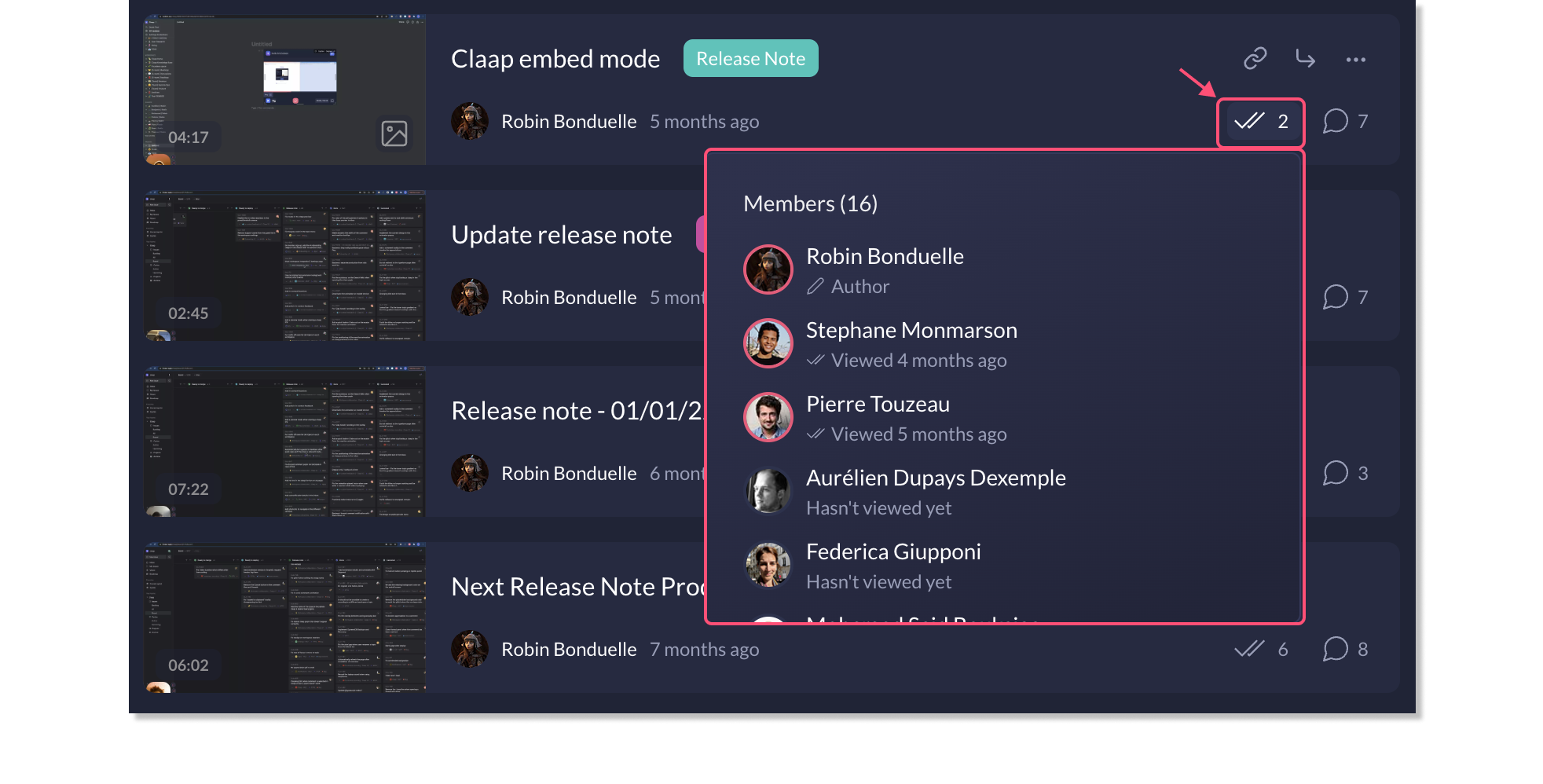 💡 The claap recorder appears in the viewability popin as the author, but won't appear in the viewer counter (showing 0 viewers if no one else viewed the claap).