Concepts maps or graphic organisers are a great way to activate learners prior knowledge and reveal the structure of their schema.

Written by Caitlin Foran
Updated over a week ago

Concept maps structure concepts and show the relationships between them -hierarchy, causation, overlap etc. etc. These map often show concepts bounded by circles/boxes, with lines to indicate the nature of the relationship. Here's one example from Oliver Caviglioli, expert on visual teaching strategies. 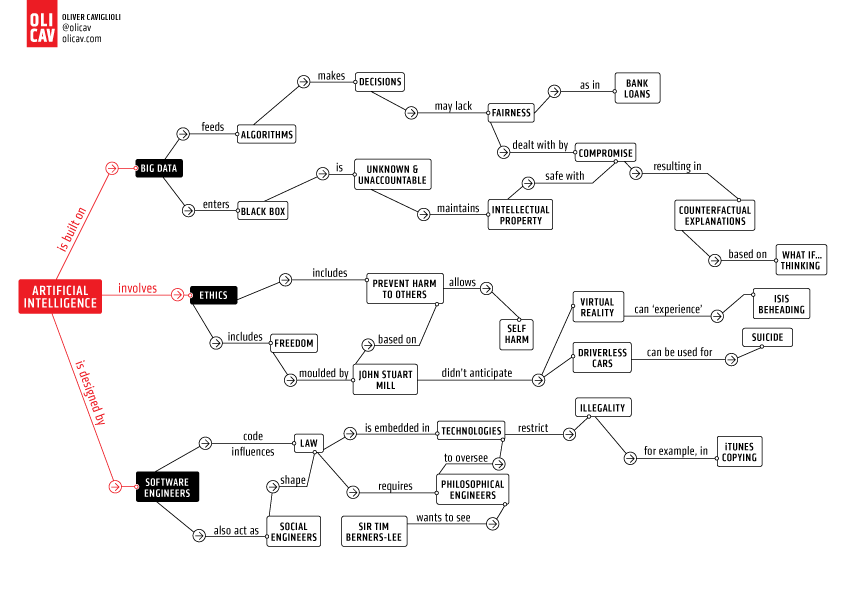 Why use concept maps?

Asking learners to create a concept map of the topic can reveal the underlying structure or organisation of their schema. This is helpful for them, in that they're making visible their storage system for what they already have or are about to learn.

Here's a wonderful animated GIF from Oliver Caviglioli showing how this process works.

This is also helpful for those facilitating the course as it highlights the difference between a learner's schema and their own expert schema. It can give facilitators ideas for better building on learner's schema and/or how to "correct" them or make them more organised or efficient (helping learners to better retain concepts).

Concept maps are just one way of activating prior knowledge, be sure to check out the rest of the articles in this set.