Adding an alternative text description to images gives context to an image, which is then read by screen readers

Written by Dan Kemp
Updated over a week ago

This is an accessibility feature that we recommend that you add to all images in your book. Alt text is often known as 'alt attributes', 'alt descriptions' or 'alt tags'.

To add an Alt tag to your image, tap on an image to get the blue border around it, then press the Inspector in the toolbar.

You'll see a field called Accessibility, which is where you enter a description of the image. Try and use a description that would make sense if you were describing the image to someone who couldn't see it. 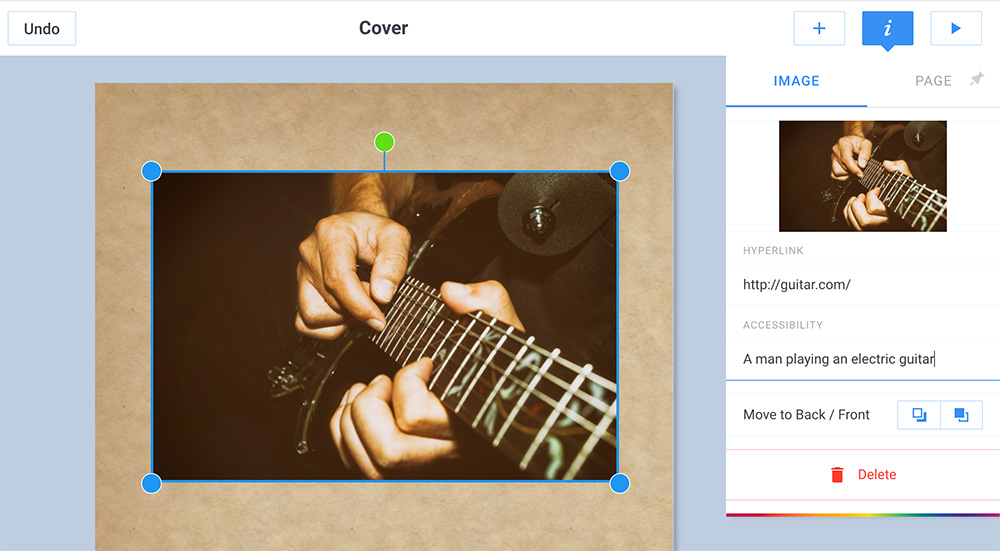 It needs to be descriptive because for visually impaired students, they can use read mode in Book Creator (or another screen reader, e.g. VoiceOver on iPads) and it will read the alt text for them. If you don't include it they won't know an image is on the page.

The image below shows the process of adding an Alt tag to an image and then turning on VoiceOver in the iPad settings so the Alt tag will be read when viewing the book in Apple Books.

Go to Settings > General > Accessibility > VoiceOver to activate VoiceOver on your iPad.