All Collections
Releasing Music
How to credit songwriters, producers and remixers

How to credit songwriters, producers and remixers

Written by Goms
Updated over a week ago

Songwriters, producers and remixers are credited/added individually on each track.

The full names (first and last name) of each lyricist and composer are required for every track you upload. Artist names or aliases are not accepted for these roles. (Only Producer and Remixer can be an artist/alias or a band name.)

In the example below, the whole band (The Testers) have composed the music/melody together, and John and Lisa wrote the lyrics. 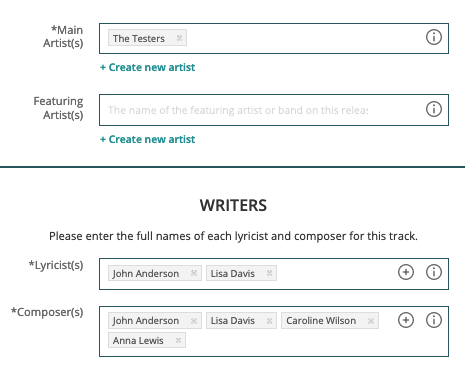 Other contributors and roles are added under "Add Contributor". It's important that you only enter one name in each box and don't include any other information - for example which instrument the person is playing on the recording or which studio or company they belong to. 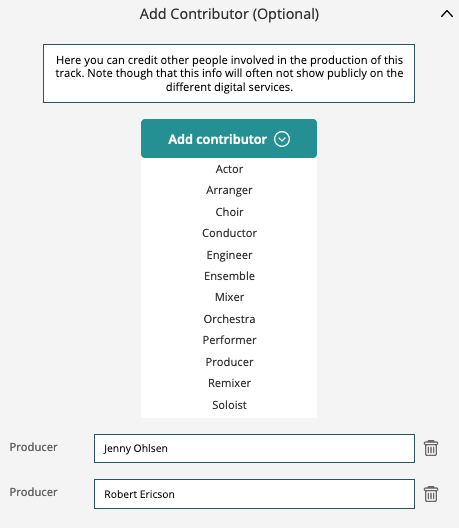 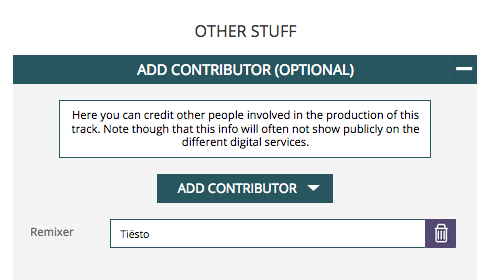 The following roles can only be used for classical music: